How do you make decisions amidst uncertainties?  Do you have formulas, processes, or tricks of the trade?

At our most recent gathering of The Xena Project, I asked veterans that very question.  All had experience in needing to make decisions amidst uncertainty, but not just because they were veterans.

It’s because life is uncertain… and decisions need to be made… by everyone.

Wouldn’t it be great to have a “go-to” process that helps decision-making amidst uncertainty?

This question about decision-making comes from a chapter in Jocko Willink’s book, Extreme Ownership.  Platoon leader Leif  Babin and the American Sniper, Chris Kyle were performing overwatch on an Army unit that was clearing a set of buildings in a particular nasty neighborhood.

To make a long story short, Chris Kyle reported seeing a potential enemy sniper, but couldn’t positively ID the individual.  Nor could he determine what was behind that individual.  (Get the book for the full story!).

Imagine the conversation with the Army unit commander: “We see a potential threat to your guys, but we’re not going to act on it until we can confirm.”  Then imagine the Army commander’s reply.  (I’ll leave that part out… this is a family friendly kind of place).

But it gets better.

Not only did they not take out the potential threat, the recommended to the Army commander that he send his troops BACK into the building to clear it out, so they could positively ID the threat.

After much more “discussion,” the Army commander sent a squad to clear the building.  On seeing the squad cross the street, the SEAL sniper team immediately called them off.  Why?  Because they had mis-identified the building where the potential threat was seen.  (Easy to do in urban combat in a chaotic environment).

Turns out the “threat” was actually one of their own soldiers.  He was a U.S. friendly, and one of their brothers.  Can you imagine what that would have been like if the sniper team had caved to the pressure of a hasty decision and killed one of the good guys?

But how did they make that decision amidst uncertainty?  How were the able to stand up to the pressure that followed the decision?

Sorry to disappoint you, I’m not going to give you a straight answer.  Grab a copy of the book if you want to hear more of their process and their story.

What I will do instead is invite you into the same process I invited The Xena Project veterans into: to build your own framework to help you make decisions amidst uncertainty.  (We’re going to tackle this in our next meeting after Thanksgiving).

But if you want to play the home game, here’s how we framed this puzzle.

We also looked at a couple of examples from leaders of old: one whiffed, the other rocked.

Joshua and the Gibeonites

Joshua was no slouch.  He was the guy who came after Moses (no pressure there) and was given the command to clear out the promised land.  In other words, take your rag-tag band of former slaves who have been wandering around the desert for 40 years and take down a series of fortified cities.

No problem, that is, if God is on your side.

For all of Joshua’s successes, he didn’t always get it right.  In Joshua, Chapter 9, we read the account of one of his most famous whiffs.

The Commander’s intent was that Joshua should not make treaties with people living in the land.  But one day, after having some successes against Jericho and Ai, Joshua’s people encounter a delegation of people who desire to negotiate.

No doubt they had heard of Joshua’s success and Joshua’s God, and they didn’t want to fight.  They explained they had traveled from a far away land.  They were worn from travel, carrying moldy food that was fresh when they left, but was now past the expiration date because of their lengthy travel.

Or so they said.

Verses 15 and 16 in Chapter 9 capture Joshua’s whiff in simple terms:

“So the Israelites examined their food, but they did not consult the LORD. Then Joshua made a peace treaty with them and guaranteed their safety, and the leaders of the community ratified their agreement with a binding oath.” (Josh 9:14–15 NLT) 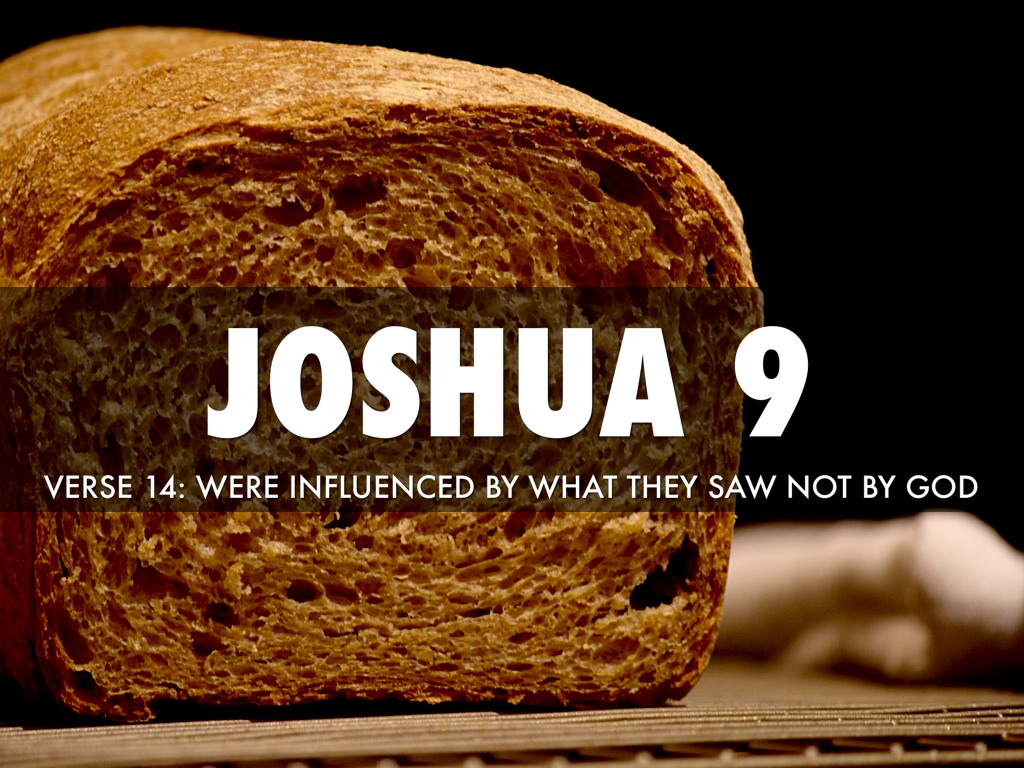 But here’s the problem: they weren’t from far away, they were next door neighbors.  They disguised themselves by carrying moldy food and looking ragged.

To Joshua’s credit, he maintained his integrity.  Having made an oath with them, he would not wage war against them.  They would become servants of Israel.  But they would live in the midst of Promised Land.

A permanent decision was made without consulting God.  The result?

In contrast, King Hezekiah is quick to go to God for guidance, and with good reason.  He is King of the Southern Kingdom and is facing the ruthless Assyrian leader Sennacherib.  The Assyrians would make modern-day ISIS look like Boy Scouts.  They had conquered a lot of territory (including the Northern Kingdom) and were known to have no mercy.

He had hundreds of thousands of professional warriors who were battle-hardened and hungry for war.  He demanded surrender in the form of a letter sent by a representative.

By logic, there’s no way Hezekiah’s small army wins this one.  They’re outnumbered, out-warriored, and out of time.

“After Hezekiah received the letter from the messengers and read it, he went up to the LORD’s Temple and spread it out before the LORD.” (Is 37:14 NLT)

And then King Hezekiah prayed a most excellent prayer.  You can read all about it in Isaiah 37:15-21.  In essence, he recognizes that they are in trouble and that Assyria has indeed surrounded his tiny kingdom.

But at the same time, he recognizes that the God he serves is mightier than any human army, no matter how big and bad (and how close!).  King Hezekiah asks God to save his tiny kingdom, not out of a selfish desire, but so that the world might know that God is the one true King, and God alone.

Overnight, in the Assyrian encampment, God took action.  As the Assyrian soldiers arose the next morning, they found 185,000 troops dead where they lay.

That’s right: 185 THOUSAND troops dead at the hand of “The Angel of the Lord.”

Now it’s the Assyrian’s turn to be scared.

They pack up their toys and bug out.  What makes this remarkable is not just because this story is recorded in the Bible.  It’s also recorded in other extra-biblical accounts, and Assyria never does overrun the Southern Kingdom.

A permanent decision was made by consulting God.  And against ALL odds from the human perspective:

OK, we’ve set the stage for building a framework that serves humanity and consults God, but what else would you include?

This is where The Xena Project is inviting you to share your experiences and help us craft a framework to make decisions amidst uncertainty.  Why?

Because life is uncertain… yet decisions have to be made.

And because warriors engage when action is required.  So let’s engage in a way that serves humanity and honors God.

One thought on “Decision Making Amidst Uncertainty (Part 1)”